The 1913 Flood is still, to date, Ohio’s largest Natural Disaster.  The response triggered the building of National Guard Armories in Counties across the state which helped Ohio be prepared for it’s response and support of WWI organizing, housing and feeding troops and creating meeting and storage space for important organizations such as the Red Cross.

Flood Poles
Historic Homes of Defiance began researching Defiance’s Original Plat in 2000 with the intent of nominating a significant number of blocks to an historic district.  The district is significant and eligible for nomination with the National Parks Department because of the people who lived there and the role that they played in Defiance’s part of the Industrial Revolution.  Before the Civil War, in 1861, the USA was fourth in manufacturing behind England, France and Germany.  In less than 40 years, despite battling a bloody Civil War, the USA was able to surpass the manufacturing production of those three countries combined making it an economic super power by the turn of the 20th century.  We accomplished this because every small town in America was making something.  This culture of production had never been seen in world history. 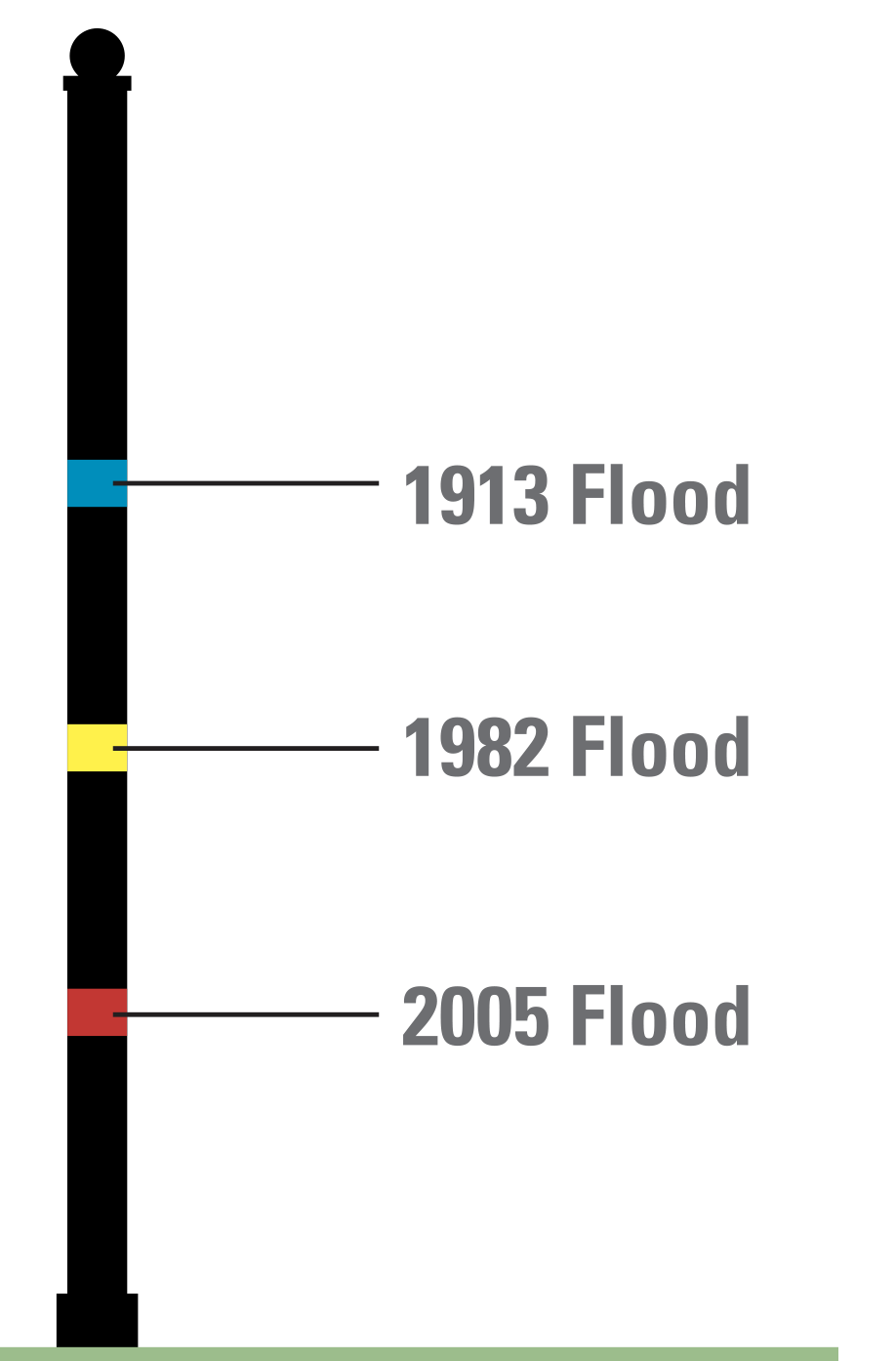 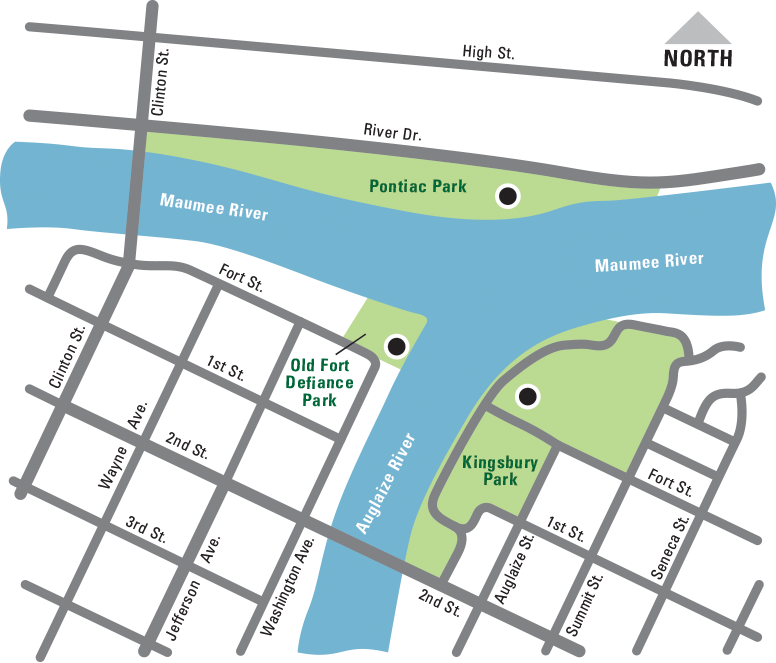 What is a Flood Pole?

Three Flood Poles sit at the confluence of the Maumee and Auglaize Rivers.  They mark three of the highest floods recorded since 1913.  Accurate records were not kept before that time. The project was funded by the Rover Pipeline.

“The great yellow flood of muddy water that swept the Maumee Valley and seemed to make Defiance its central point was followed by a fall of pure white snow several inches deep adding to the suffering of those made homeless by the high waters.”

Relief work began immediately and the same paper reported $1,200 was raised in the first fifteen minutes at a Wednesday meeting.  It goes on “This is the time when all must get together as one big family and assist…”

Captain DeKay of the National Guard asked homeowners to notify them if visiting a flood placarded home as his men had orders to shoot on site in an effort to protect against looting.

Street cars resumed their service Saturday morning and gas was restored to Defiance Saturday night. After six days with no running water, service was restored on Sunday.

Most businesses were back to work on Monday.”

The Toledo Commerce Club arrived in Defiance on Saturday bringing cash, cots & blankets.  “One of the Toledo men took off his overcoat and left it here, saying that it was needed here more.  The Toledo men said that Defiance was harder hit in proportion than any of the other towns and asked why Defiance did not send out an immediate cry for relief.  Mayor Schmaltz informed him that Defiance thought it could take care of itself, but found later that the task was too big.  The only reason for no loss of life here was the vigilance during the high water of the National Guardsmen, police, firemen & other officials,” The Defiance Crescent-News March 31, 1913.

Caption for the Ft. Grounds Photo:

The newspaper reported, in more than one edition, that a tablet was to be placed in the library and possibly the Court House to mark the 1913 flood so no one could forget what had happened during that cold, dark week in March.  To our knowledge, that was never done. We hope this project fulfills our ancestor’s request.